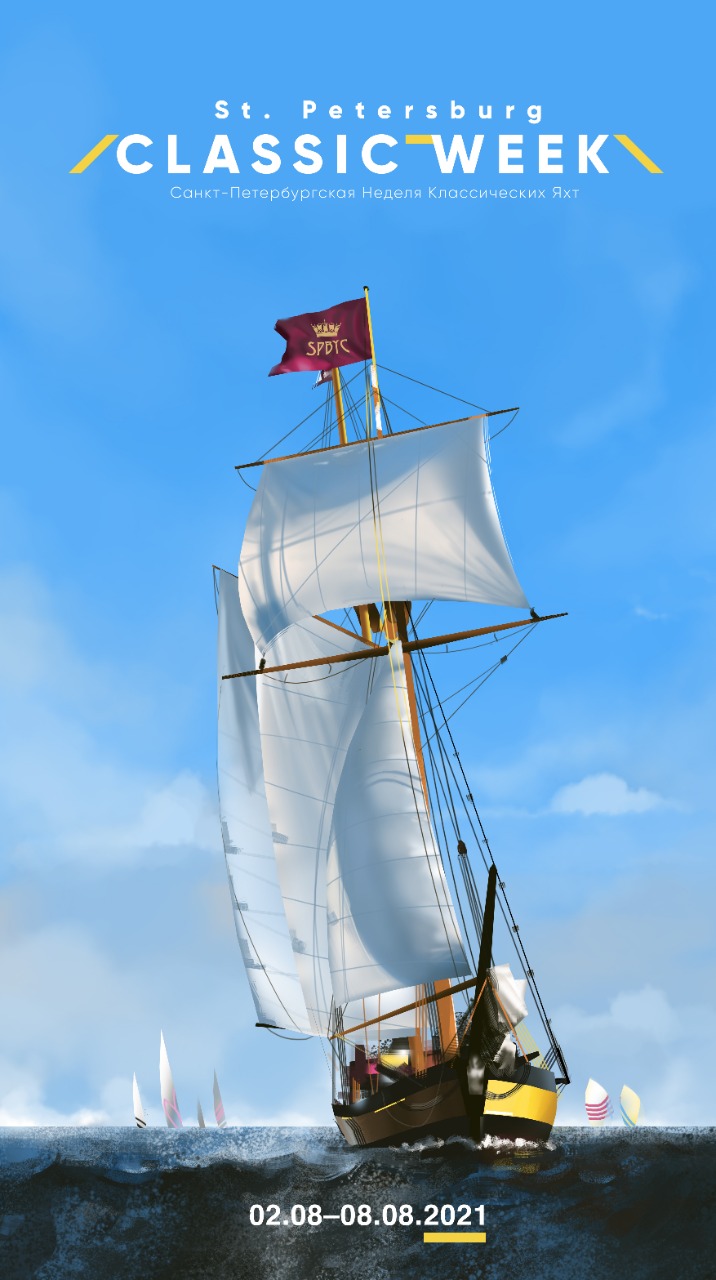 Saint Petersburg Classic Yacht Week will be held in August 2021

One of the main maritime events of the yachting season 2021 will take place from August 2 to August 8. The Classic Yacht Week will bring together the historical fleet of the Baltic Sea and create a true festivity for the citizens.

Classic Yacht Week will bring together the historical sailing ships and yachts from all the Baltic Sea and captain’s gigs (sailing-and-rowing boats) from different countries of the world. The Week will include the sports part – races in the water area of the Gulf of Finland, and the festival, which be held in Saint Petersburg Yacht Club and in the heart of the city - near the Peter-and-Paul Fortress.

Saint Petersburg Yacht Club will be the main venue of this event, which everyone interested can attend. The races will take place in the water area of the Neva Bay in the vicinity of the club’s port, and spectators will be able to observe them from the stands of the racing village. A sports commentator will be working at the competitions, who will tell about the specific features of sailing races. Workshops, excursions to the sailing ships, participating in the festival, concerts and even trainings under the sails will be organized in the club on a daily basis.

“The Yacht Club pays much attention to the historical and classical shipbuilding. We revived the Poltava – the first battleship of the Baltic Fleet, we reconstructed the schooner “Nadezhda” (“Hope” in English - translator’s note), which was originally built in 1912, and we organize the training program “Hope of the Seas” for school children and the youth, dozens of volunteers restore historical yachts in our workshops. It is a great honor for us to host the historical fleet in our port. We are convinced that this event will draw the attention of thousands of visitors, who will be able to immerse themselves in the maritime history”, Commodore of Saint Petersburg Yacht Club Vladimir Lyubomirov said.

The Classic Yacht Week will finish with a large-scale maritime festivity in the heart of the city – near the Peter-and-Paul Fortress. In the night from the 6th to the 7th of August, the sailing ships and yachts will pass in line astern under the bridges and stay in the water area of the Neva River. Places for guests are foreseen at the sailing ships and yachts. The Classic Week Yacht will unite with the Baltic Yacht Week at the beach of the Peter-and-Paul Fortress. A concert venue will be constructed and exhibitions will be opened for the visitors, the sailing ships will pass in line and fireworks will be organized on the final day of the festival.